February 2019: what has been renewed?

We started February 2019 in the right way!! A Lot of renewal confirmations here ready for you!!!

The latest dramedy from Netflix has been renewed for a eight-episodes second season!
This series follows Otis Milburn (played by Asa Butterfield), a British teen who lives with his sex-therapist mom Jean (Gillian Anderson) and who has grown up in an environment where sex and everything associated with it is discussed in frank, monotonous detail.

Also, Showtime has renewed the dysfunctional family comedy for Season 10, as it has announced at the Television Critics Association winter press tour. Additionally, Cameron Monaghan, who departed earlier this season when his character Ian went to prison and reunited with Mickey behind bars, will be back for the upcoming run!! 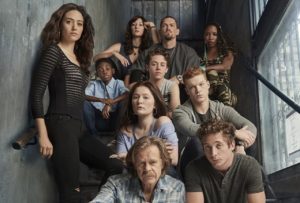 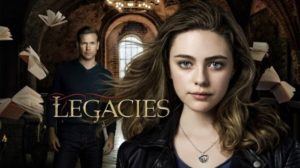 In addition, we have the biggest renewal: The CW picked up additional seasons of 10 current series, aka nearly its entire lineup!

The list of shows confirmed to return for the 2019-20 TV season includes The Flash, Arrow, Riverdale, Supernatural, Supergirl, Black Lightning and DC’s Legends of Tomorrow. Also, Charmed  and Legacies scored renewals, as did Dynasty.

We also remind you once again that Jane the Virgin, Crazy Ex-Girlfriend and iZombie are all in — or about to be in — their final seasons. That leaves rookie dramas All American and Roswell, New Mexico as well as The 100 as the lone remaining bubble series at The CW.

Then, how to forget the Golden Globe-winning BBC drama about Jeremy Thorpe affair? It will return for a second series by looking at a very different scandal: the notorious divorce case of Margaret Campbell, Duchess of Argyll, known by some back in 1963 as the “Dirty Duchess”.
Season two is going to focus on the very public divorce from the Duchess’ second husband, who goes through her private desk and found a list of all the men she’d slept with and some compromising Polaroids.

The original series starred Hugh Grant as the disgraced Liberal leader Thorpe who was scrambling to cover up his affair with Norman Josiffe (AKA Scott), played by Ben Whishaw. 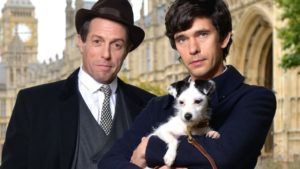 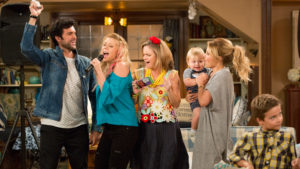 Last, but not least…. the one we have been waiting for a while. Finally Netflix is bringing back Fuller House, for a fifth and final season.

The 18-episode farewell outing will arrive this fall.