This new supernatural TV series is based on Sabrina Spellman’s life, a teenager (played by Kiernan Shipka) who is an half-witch half-mortal girl who has to reconcile her dual nature while fighting the evil forces.

After the release of first season, Netflix ordered 16 more episodes of the series, which will be divided in two parts. The production of these new episodes will kick off in 2019.

Part 1 of the show, as well as the Midwinter’s Tale holiday special, are currently available on the streaming service, while Season 2 will drop on Friday, April 5 and the first official trailer has already been released.

Buffy and Angel alum will join the cast

Season two will conjure up a new and familiar face: Alexis Denisof . He previously played Wesley on Buffy The Vampire Slayer‘s third season, and then took the same character in the spinoff Angel for all five seasons.

[ Gossip: in real life he is also married to Buffy star: Alyson Hannigan. ]

In the second season of Netflix’s bewitching drama, Alexis Denisof will recur as Ms. Wardwell’s boyfriend, Adam Masters, who “returns to Greendale after a stint overseas working with Physicians Without Frontiers — unaware that his fiancée has been taken over by the demoness Madam Satan”.

Fans you don’t have to wait even that long to return to Greendale. Prepare your witch hat! 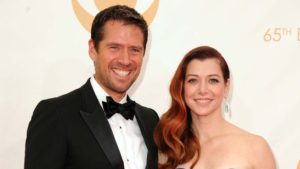