BRIDGERTON: Gossip Girl goes back to the 1800s

Bridgerton is the very first Shonda Rhimes’ production for Netflix. Popular for the still-ongoing-medical-drama Grey’s Anatomy, Rhimes debuted on the streaming service working together with creator Chris Van Dusen. The first season consists of 8 episodes and follows Daphne (played by Phoebe Dynevor), the oldest daughter of the powerful Bridgerton Family, as she makes her debut onto Regency London’s competitive marriage market.

What should we expect? A scandal at court ?! Oh no, the real scandal is that it seems to re-watch Gossip Girl just shot in another age! 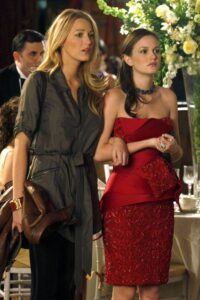 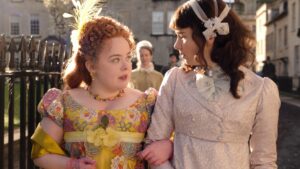 First of all, we are aware that both TV Series are based on books: Gossip Girl founds its roots in the novel series of the same name written by Cecily von Ziegesar; while Bridgerton is based on Julia Quinn’s bestselling novels set in the competitive world of Regency London high society of 1813.

Starting from the beginning, the first thing that draws our attention is the voice-over portraied by the anonymous and mysterious gossip writer Lady Whistledown, voiced by the iconic Julie Andrews, that doesn’t play the role though.  If you want to discover who the real L.W. is, let’s watch it and discover by yourself.

«Gossip Girl here, your one and only source into the scandalous lives of Manhattan’s élite.»

The intro reminds us the one of GG, that is voiced by Kristen Bell, who doesn’t play the role as well as it is for J.Andrews, but just gives the character her voice as narrator; the real face of Gossip Girl has been revealed at the end of the last season of the show, leaving everybody speechless.

Furthermore, during each episode, there is always a social event taking place in both the series. In Gossip Girl  the  main characters take part to the most important élite events in Manhattan, thanks to the social background they belong to. While, in Bridgerton people attend social events and affairs of the two main families (Bridgerton and Featherington), who prepare themselves for the season, when debutantes are presented at court to arrange marriages.

Last, but not least, both the series has got their own Queen; in a different way but always a Queen.

On one side we find Blair Waldorf is Queen Bee of Constance Billard, highly focused on her status and determined to discover who Gossip Girl is and how he/she knows everything about their lives and scandalous secrets; on the other side there is Queen Charlotte, who hires the funny and tough Miss Eloise Bridgerton to discover who is hiding behind Lady Whistledown (our new Gossip Girl in town).

Don’t you think these two series have a lot in common? 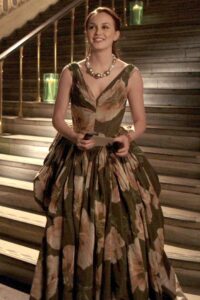 A modern screen adaptation of the XIX society

Despite the obvious similarities with Gossip Girl, something unusual captures our attention: the role of black people in the high society!

Indeed, Showrunner Chris Van Dusen decided to add the character of Queen Charlotte (played by Golda Rosheuvel) to the series, even if it is not mentioned in the Julia Quinn’s books which the show is adapted from. Inspired by the real monarch of the Regency Era (1761 – 1818), creators mixed history and their fantasy introducing Rosheuvel’s character into the series, giving her a proper background in the Bridgerton universe.

Following Queen Charlotte’s dinasty and history, series creator and writers discussed whether she was black and the impact that this change could have had.

Therefore, they chose to set the drama into a multiethnic society, where black people had important positions in the aristocratic hierarchy: not only the Queen (wife of King George III), but also other main characters have mixed heritage, like Simon, the Duke of Hastings (played by Regé-Jean Page) and Lady Danbury (played by Adjoa Andoh). 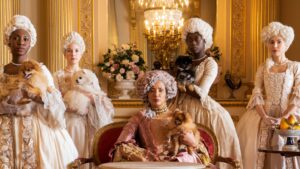 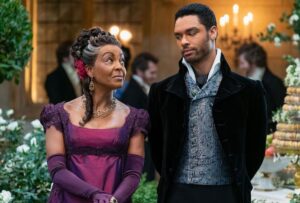 Lady Danbury & the Duke of Hastings

A Contemporary Soundtrack with a XIX century tone!

Another unexpected plus of this show is the soundtrack; particularly the instrumental version of some modern songs, like “Thank u, next” – Ariana Grande, “Girls Like You” – Maroon 5 and “In My Blood” – Shawn Mendes, guides the watcher through the story, making the difference from the other period shows. 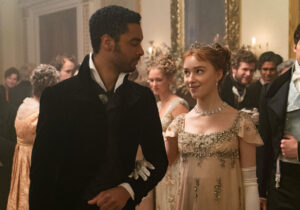 To know more, let’s wait for the next ball and don’t forget to choose your new gown!