A Castle, what an amazing location for a TV Series!

The wonderful Dublin Castle is the real heart of historic Ireland and is currently a major governmental complex. Thanks to its impressive and surviving medieval architecture, central courtyard and grand rooms, it was chosen to represent the Vatican City in The Tudors series.

In this series we also saw the Killruddery House, a magnificent mansion with 800-acre that has been home to the Brabazon Family, otherwise known as the Earls of Meath, since 1618. 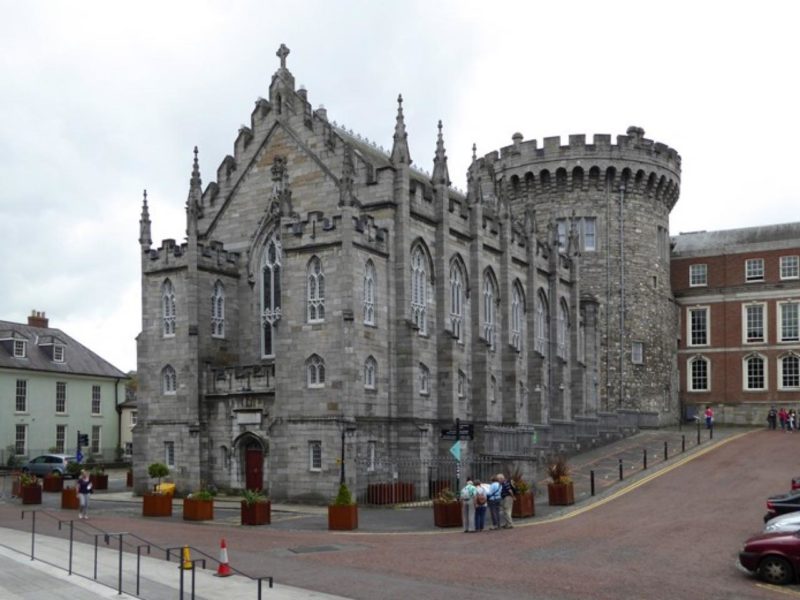 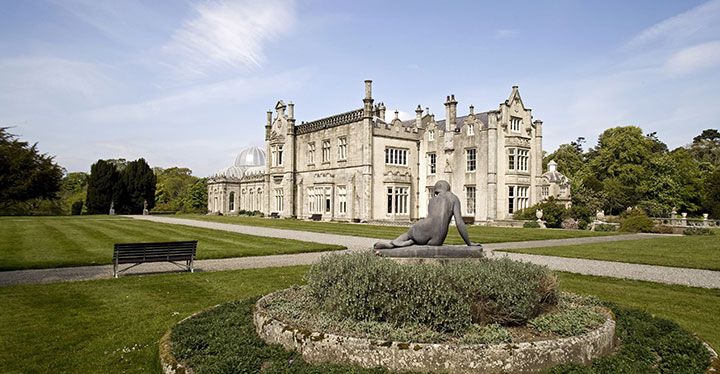 This Mansion has been used as a filming location for multiple films and TV shows, including Camelot, and The Tudors. Its uniqueness comes from its extensive early formal gardens, still in the original style, which was largely laid out in the 17th century.

I Medici – Masters of Florence

Rota Castle lies on top of a Tufa spur, that overlooks the Mignone river. The area was inhabitated since Bronze Age till the Etruscan Age and the settlement was important for its strategic location. Today we can still see the most important sites: the sixteenth-century Palace, the Church of San Gerolamo, and the Etruscan Arch, that was used as town gate till Napoleon Age.

The Castle is a well known location to the Italian cinema, because in The Medici TV Series, it has been used to set both Francesco Sforza’s army camp (episode 1×04 Judgment Day) and the village where Lorenzo catched the mercenary Ferzetti (episode 1×08 Epiphany). 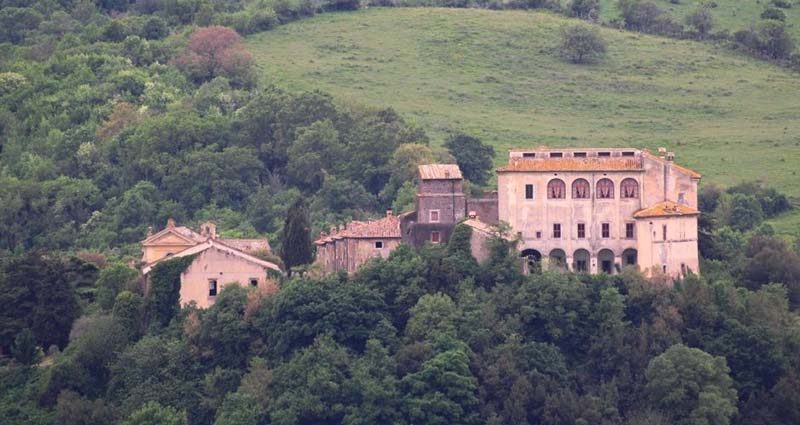 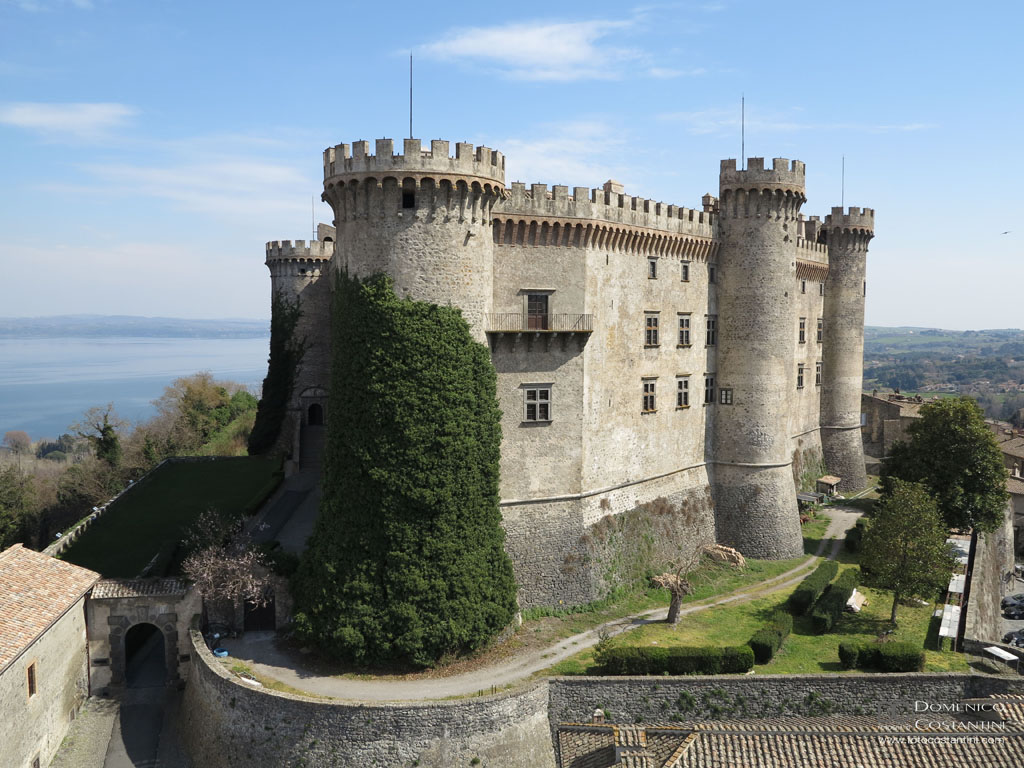 Orsini-Odescalchi Castle in Bracciano is located on Bracciano lake, in the Province of Rome, Lazio in Italy. It was built in the 15th century, and combines the functions of a military defence structure and a civilian residence of the feudal lords of the period, the Orsini and Borgia, both papal families.

In the TV Series I Medici, it has been used for multiple locations, like a palace in Rome and as Contessina de’ Bardi’s house.

The central courtyard in the Castle features a particularly recognisable staircase with the sculpture of a bear; this staircase becomes the principal entrance of  Medici’s house in Florence with the addition of their Coat of Arms.

The series is set in the fictional Yorkshire country estate of Downton Abbey between 1912 and 1926; and most of the locations of the British historical period drama are Castles.

Highclere Castle is located in north Hampshire (England) and has been used for exterior shots of the series and most of the interior filming.  Also, in the past it has been a location for the comedy series Jeeves and Wooster, which starred comedians Hugh Laurie and Stephen Fry.

Inveraray Castle is a country house near Inveraray in the county of Argyll, in western Scotland. In 2012 , it has been used to film the “Christmas episode” of Downton Abbey, and it served as the fictional “Duneagle Castle“.

Lincoln Castle is a major Norman castle constructed in Lincoln (England) during the late 11th century by William the Conqueroron. In the series the prison has been used as a filming location for Bates’s prison scenes.

Alnwick Castle is both a castle and a country house in Alnwick in the English county of Northumberland. In Downton Abbey series it served as Brancaster Castle in the 2014 and 2015 “Christmas specials”; but it is a very famous Castle, because it has been used as a stand-in for the exterior and interior of Hogwarts in the Harry Potter film. 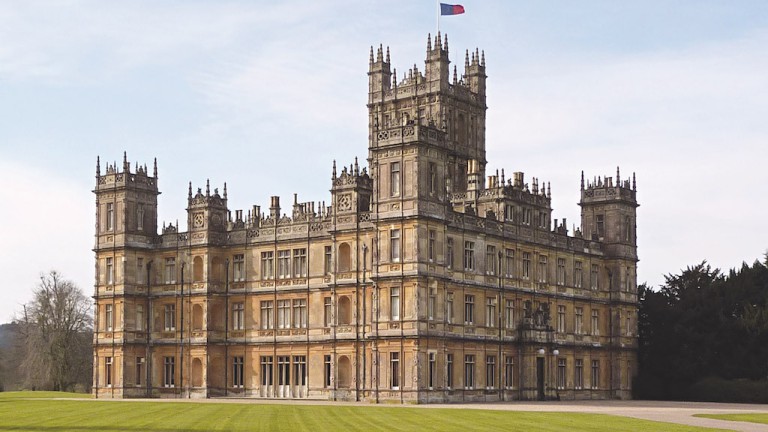 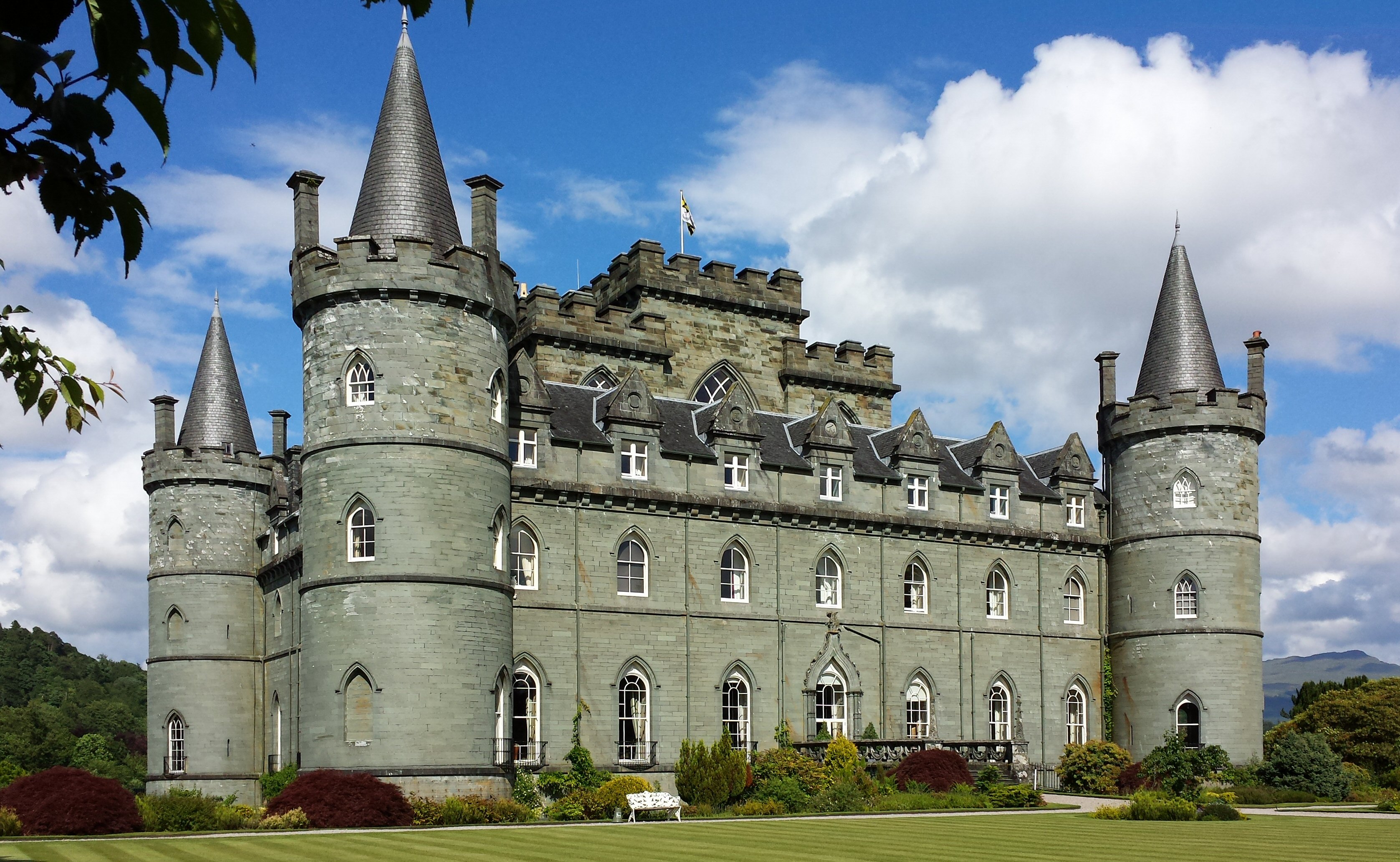 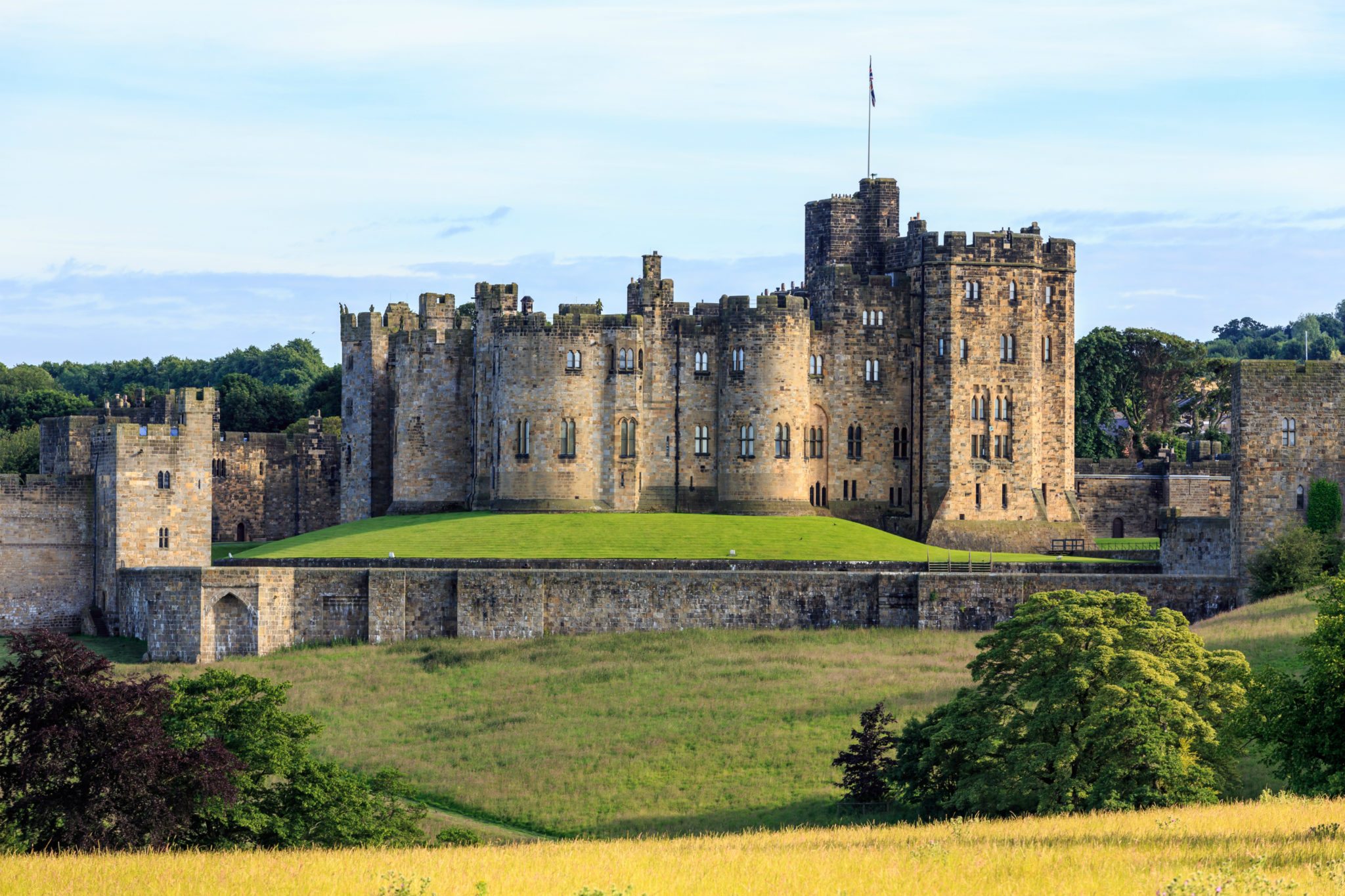